The Wake Up Light 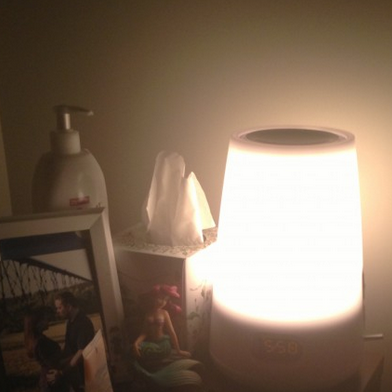 Getting used to the 9-5 grind is an adjustment. Especially when you first come out of college – you are all out of whack because for 4 years you never woke up and went to bed the same time everyday. That is just impossible! But you learn and adjust. Maybe you invest in a coffee machine that goes off at 8am just to help get you going in the AM. But early morning hours can be really rough. END_OF_DOCUMENT_TOKEN_TO_BE_REPLACED

Ahh apartment living. Something you learn as you go. We moved into our apartment 3 years ago, since then I’ve had to get used to sharing a laundry room with my hallway neighbors. I’m one to put my laundry in and quickly take it out because I don’t want ANYONE and I mean -anyone- touching my stuff. I could cringe at the thought of someone putting my wet clean clothes on top of the laundry machines. The thing that took me the longest was sorting my clothes between two dryers – ‘high’ and ‘low’. It drove me nuts, for months. I wanted to be able to sort them but I REALLY did not want to buy two hampers. That would just take up too much space.  I just wanted a bag I could carry down to the laundry room.

One day I noticed my neighbor was using this bag for his laundry – a good sturdy bag that can stand alone but it wasn’t a hamper. ANNND it had 2 compartments which read “light” and “dark”. Even though that wasn’t exactly how I sorted my laundry I knew this bag was THE ONE. I had to have it. Over the next 12+ months I search time and again for this bag. It was originally distributed by Crate and Barrel. That link is a huge tease because it shows you the product and its reviews BUT they don’t sell it anymore. I even took the time to email them to see if they had any available anywhere but they said no it was discontinued. Why they have the link still up is beyond me… but anyway. 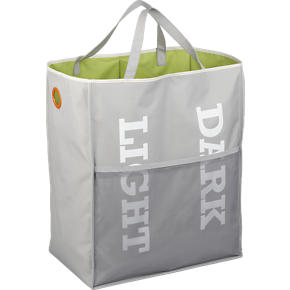 After months of checking the internet, even putting alerts up on ebay I decided to craigslist it. I went to the “wanted” section under “for sale” (oh yes for those of you with dirty minds I know what you are thinking). I posted a photo of the bag and said if anyone had it collecting dust in their broom closet that I would gladly buy it from them. Within a few minutes someone emailed me letting me know they recently bought it at Home Goods!! I right away made plans to head over to the store and I even dragged Bryan along with me…

I looked up and down the aisles and nothing. I searched for a good 30 minutes. No sign of it. We were about to leave when Bryan noticed this big bag underneath a pile of stuff (this happens a lot in home goods, doesn’t it?) It ended up being exactly what I was looking for!!!! There were two left… so I bought both. In the 20 minutes between waiting online and checking out I had two people ask me about this particular laundry bag. “Oh where did you find that? How much is it?”.

OMG. Hands off house-wife! THIS IS MINE. I’m an apartment-girlfriend and I need it! =]

[edit] I realized afterward on the tag that the company that made this particular bag is TaylorMadisonDesigns.com.  [/edit] 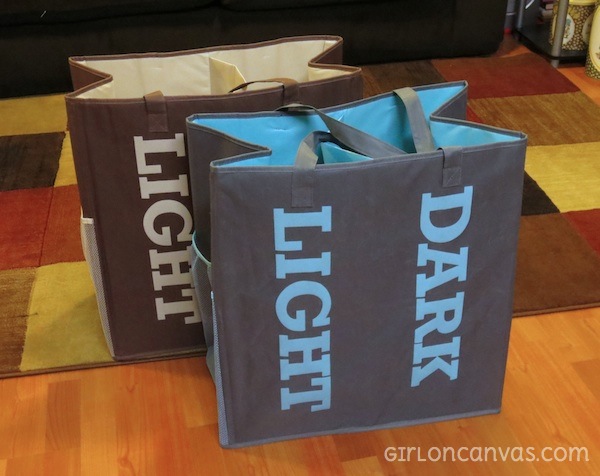 Ampersand Lamp better known as Lampersand. I found this on ModCloth. Seems to be two of my favorite things Ampersands and Christmas lights. 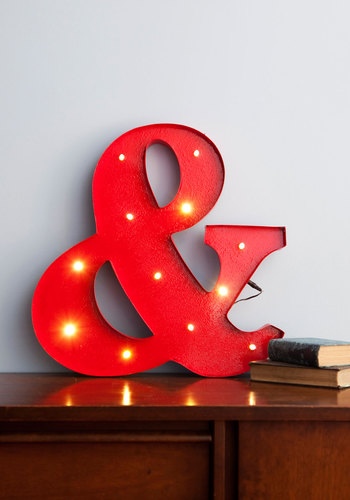